You may have heard of “DHA” or maybe you’ve seen it on the ingredients of cosmetic products. Why is it used in tanning lotions?

DHA stands for Dihydroxyacetone. It is a simple carbohydrate and is often derived from plant sources such as sugar beets and sugar cane, and is produced by the fermentation of glycerin. It is used in many of Magical Sun’s bronzer products (And countless other well known brands). It reacts with the air and the amino acids on the skin, causing the cells on the top layer of the skin (the epidermis) to darken. This process is fairly similar to the way an apple starts to turn brown when its natural sugars are exposed to the air. This skin browning effect is non-toxic, and is merely the result of a “Maillard Reaction”. This is a reaction between amino acids and “Reducing sugars”.  DHA chemically reacts with the amino acids in the protein keratin (The major component of the skin surface) Different amino acids react to DHA in various ways, producing different tones of colouration from yellow to brown. The resulting pigments are called “melanoidins”. These are similar in colour to melanin, the natural substance in the deeper skin layers which tan from UV exposure.
Generally the effect of DHA on the skin lasts from anywhere between 3-10 days, and takes roughly 2 hours to appear. Of course, when used in conjunction with a sunbed (using lotions containing DHA) your tan may be gained faster as you are also absorbing UV.

To summarise, DHA is a safe ingredient commonly used in tanning lotions. It uses a natural chemical reaction to temporarily darken your skin, giving a tanned effect. It is entirely different to spray tans, and is used throughout the industry by every sun tan lotion manufacturer. For those who are concerned about UV over exposure, products containing DHA are a good option. The effect of DHA isn’t instantaneous. It will take around 2-4 hours for the browning effect to begin, and it may continue darkening for as much as 72 hours. Because it’s the dead cells on the skin’s surface that it affects, the tan it induces lasts for up to ten days, fading as these dead skin cells are shed, so reapplication is necessary to maintain the effect. 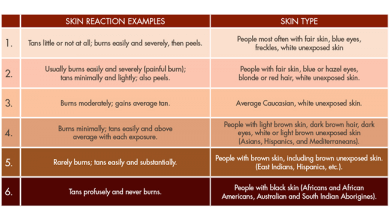 Fitzpatrick classification scale Which Skin Type are you? 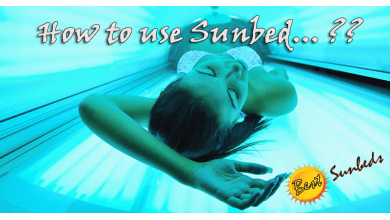 How to use a commercial sunbed

Thank you for visiting our website. We are a company that already has a wealth of experience and strong market position tanning.